Insubordination Warning Letter - Know How to Write One

Insubordination Warning Letter – Know How to Write One

The employee is advised to always follow the orders of the superior. However, if he/she has any suggestions for working in a way other than the way instructed by the superior, he/she may discuss it with the boss.

Most often an Insubordination Warning Letter is given to you for such kind of behavior towards your boss. Some companies are not tolerant enough to take such behavior, they may immediately fire you if your misconduct was serious.

So, what is a warning letter for Insubordination? Let’s discuss.

The Insubordination Warning Letter is one type of warning letter that is similar to other written warnings issued for disciplinary actions. An insubordination Letter is issued to an employee when he/she refuses to obey the order given by their superior.

There may be several reasons for an employee to refuse to do the work given by the senior. So, before writing the Insubordination Warning Letter, consider every aspect of the misconduct.

How to Write an Insubordination Warning Letter

Follow the below steps to write a warning letter for Insubordination:

Write the warning on the company letterhead. In case you are sending the warning via email, save the letter with the .pdf extension and attach it to the email. Start the letter in the memo format that provides all the information related to what the letter is about.

An insubordination letter is not a place to show your frustration towards the employee who has become a liability to the company. However, keep your letter brief with unemotional language and make sure that the letter clearly conveys the concerns and consequences for the employee.

3. Give the Examples Related to Misconduct

Describe the incidences of insubordination and also mention the dates and the names of the parties involved. Avoid being dramatic, but describe the misconduct clearly that would help anyone reading the letter understand what actually happened and why the employee’s misconduct merits a reprimand.

4. Inform about the Consequences

The letter should clearly state the repercussions of the employee’s current behavior, as well as what she should expect if she does not change her behavior immediately. Laying out a plan for immediate accountability for achieving positive changes is frequently a good idea.

Reduce the hassle of recurring writing of the HRMS letters. Integrate the best HRMS Software – UBS, in your organization for the ready-to-use HR letter templates in one place. 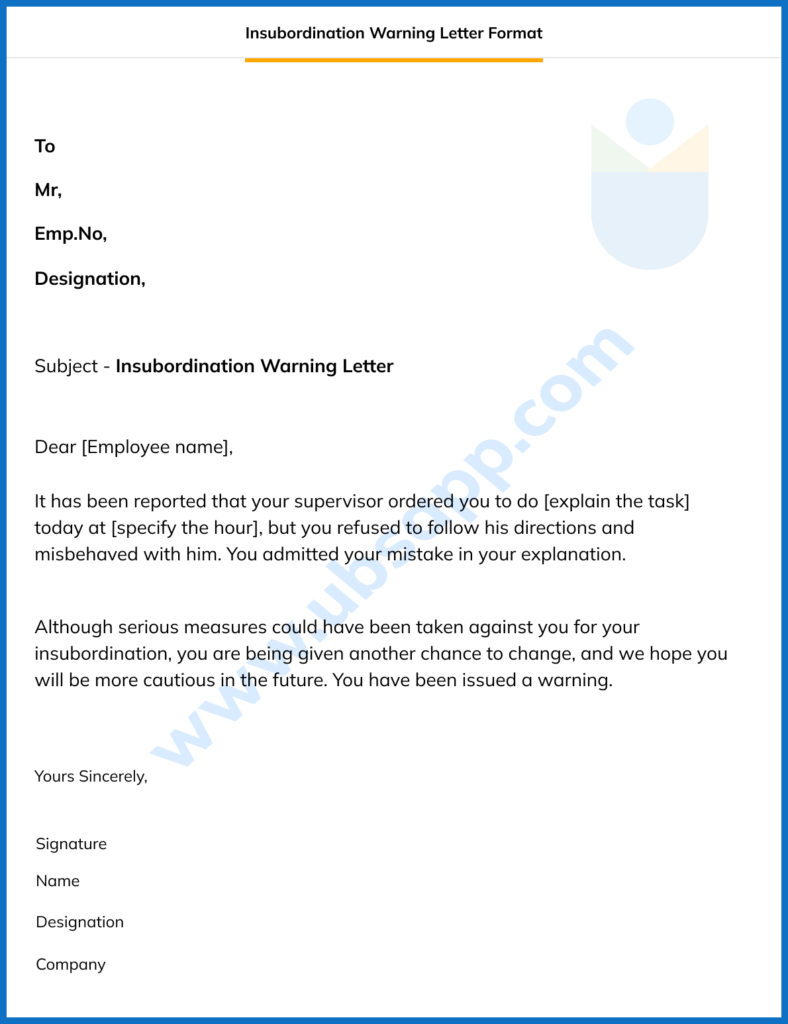 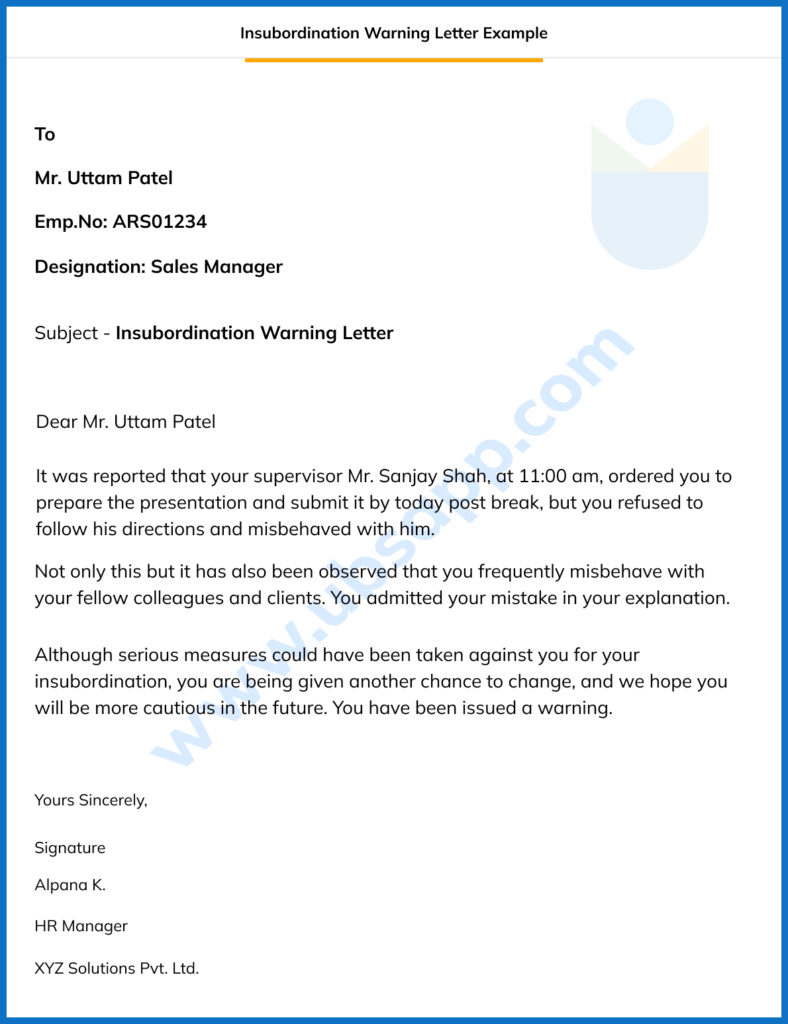 Insubordination is an act of disobeying the instructions of your senior official or misbehaving with coworkers or clients. The act of Insubordination often disturbs the work culture in an organization. This situation can be handled by issuing a warning letter to the employee for insubordination.

The Insubordination Warning Letters inform the employee about the misconduct and the measure that may be taken toward the employee. There are various formats of writing a business warning letter for insubordination. Finding one according to your requirement is a necessity.

This is where Ultimate Business Systems comes in. We are a leading HRMS Software India offering an HRMS toolkit that includes various HRMS Letters like offer letters, application letters, relieving letters, warning letters, and more. You can just edit your letter live on the toolkit itself. Get in touch with us and we are there to help you at your convenience.

The founder & CEO of Ultimate Business Systems Pvt. Ltd. (UBS), I'm on a mission to help small and medium-sized companies to grow to the next level of accomplishments. With a distinctive knowledge of authentic strategies and team-leading skills, my mission has always been to grow businesses digitally. The core mission of UBS is Connecting people, Optimizing the process, Enhancing performance. 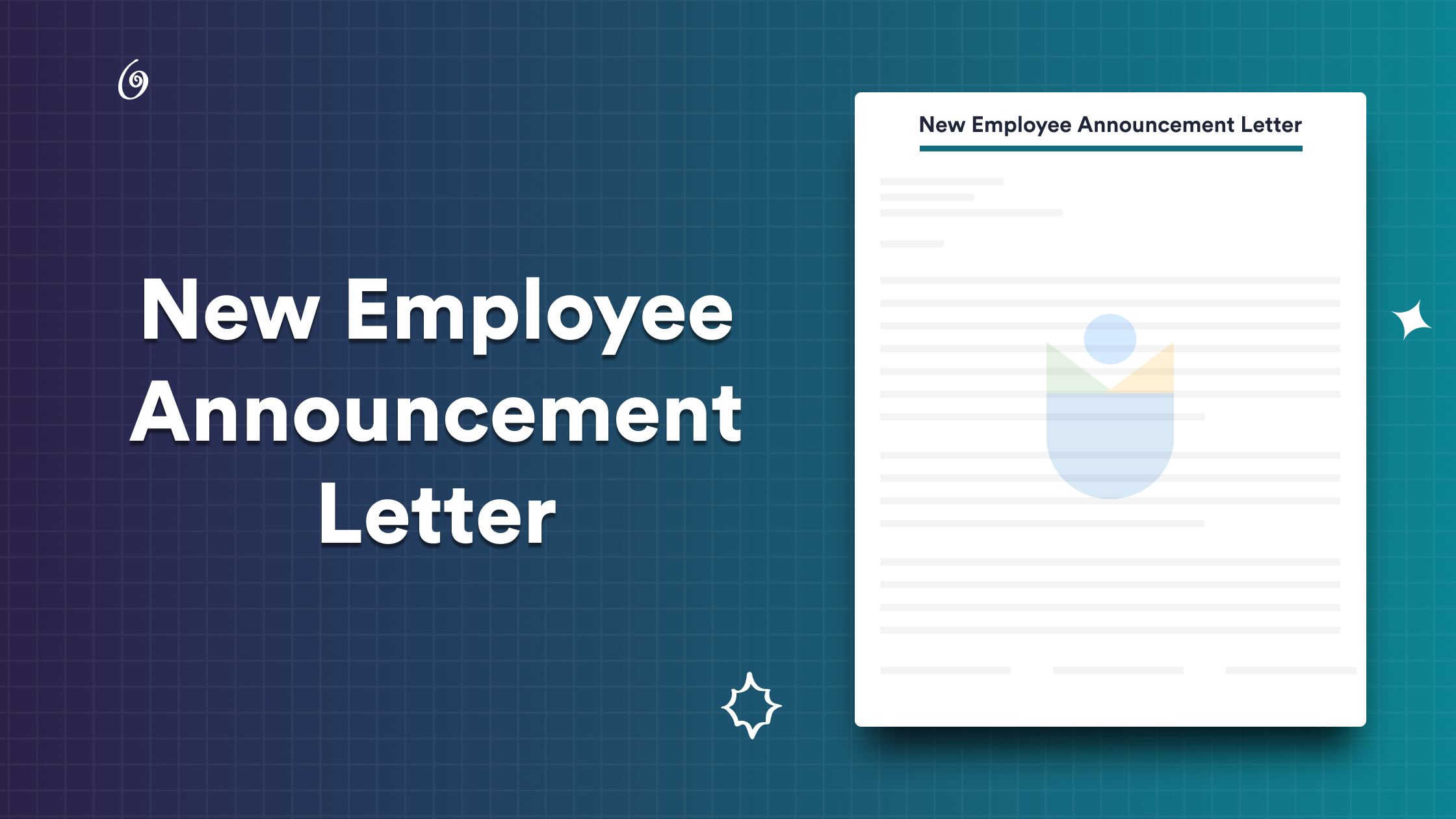 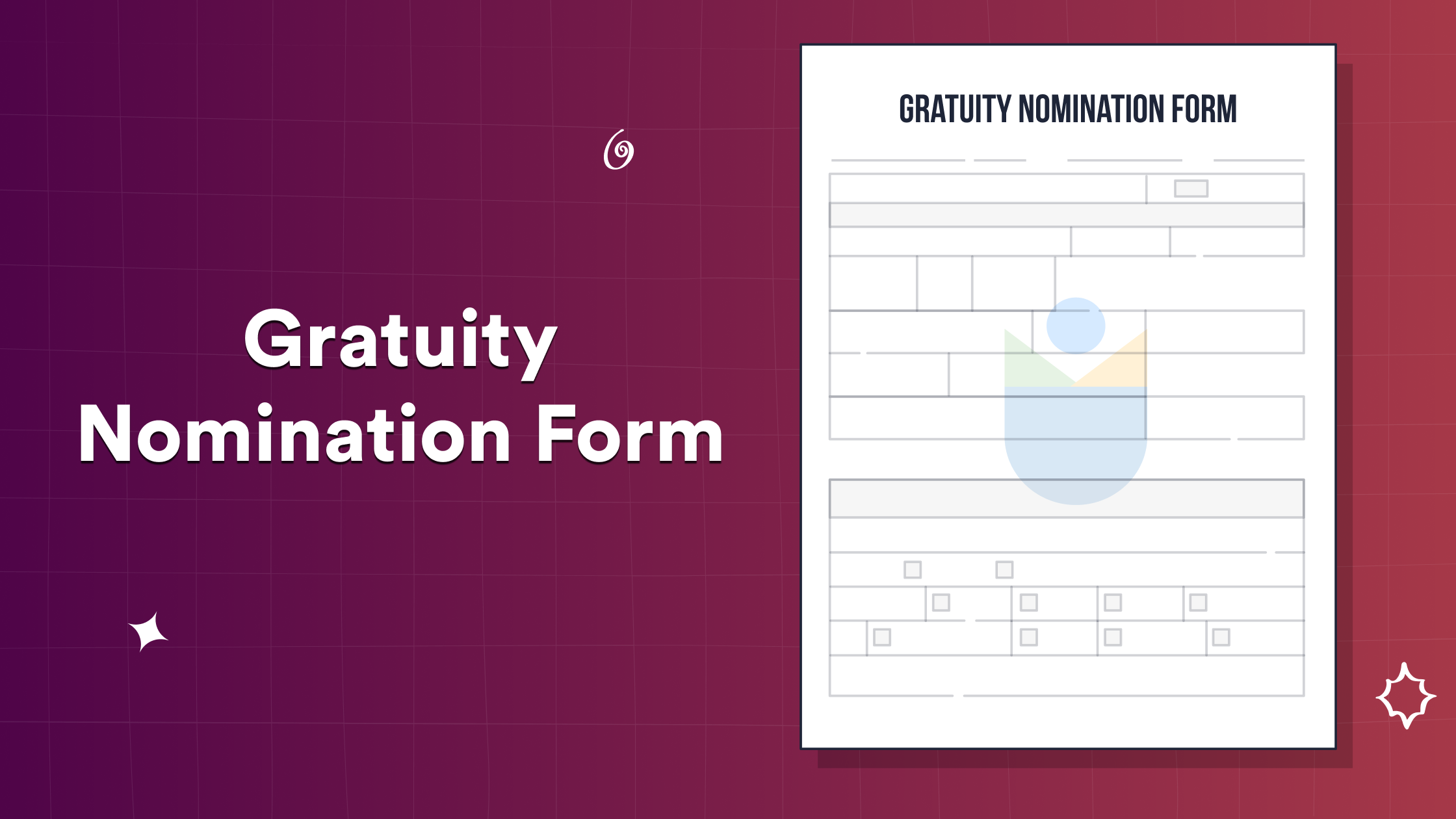 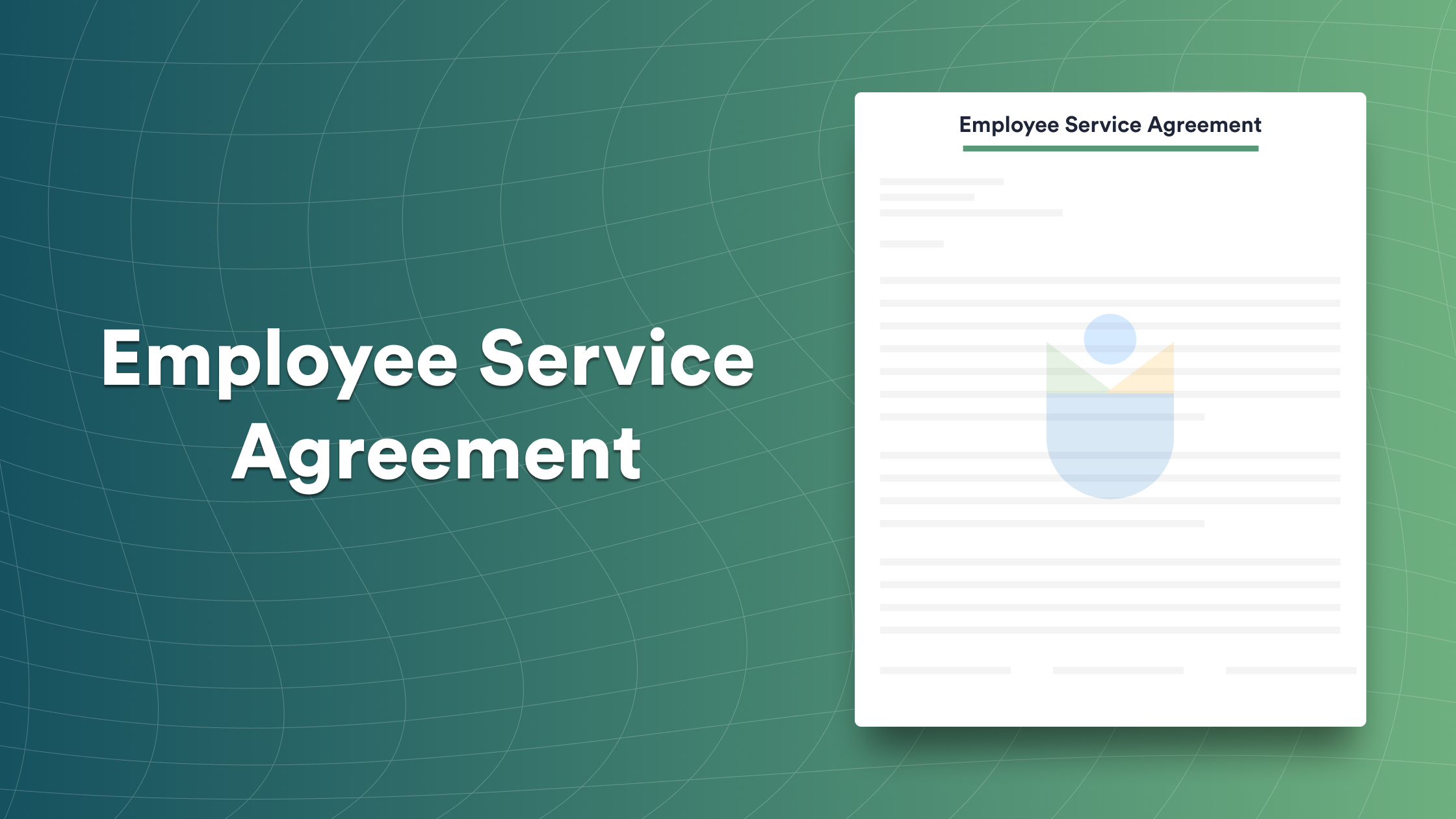